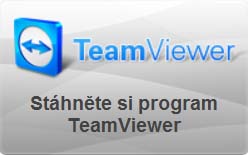 The Streaming Server can be equipped with up to 12 tuners and is delivered with Octopus NET Mainboard for the direct connection of the corresponding modules (Tuner / CI) in a 1U housing of the company Inter-Tech, which was been especially adapted for the Octopus NET serverboards.

Choose between the different variants and equipment:

The Multicast server for manual configuration. The selection of the tuner modules is freely selectable within the scope of the possible slots and configuration. A detailed overview of which modules can be used can be found in the following connection diagram:

The Octopus NET Mainboard will modularly extended and allows a change of the installed receiving modules or extension. When changing locations, the Octopus NET can be adapted or extended at any time by exchanging these modules in the reception situation.

The Octopus NET Server MC can be configured for Multicast SPTS (RTP / UDP Protocol) and can be used with numerous software and hardware clients.

TVs from Panasonic with SAT> IP support, support directly the Octopus NET servers for all DVB reception types such as cable, terrestrial and satellite.

By installing a CI Slots, multicast streams can be decrypted* directly in the server.
(* Please note the terms and conditions of the PayTV / Content providers listed in your contract for use of the content.)

The built-in 5 port GigaBit Switch not only extends your network through additional LAN ports; you can also define the streams that are available on the ports in multicast mode.